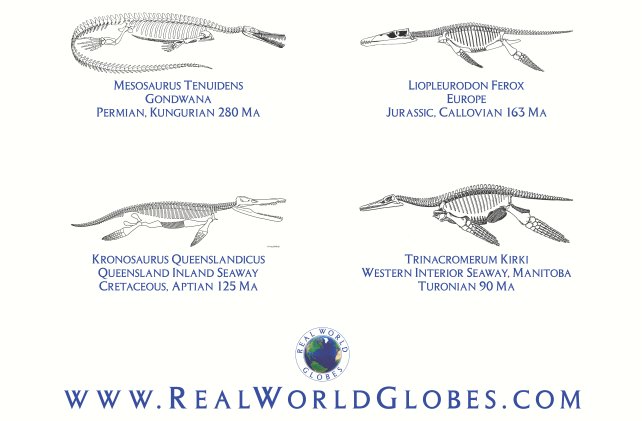 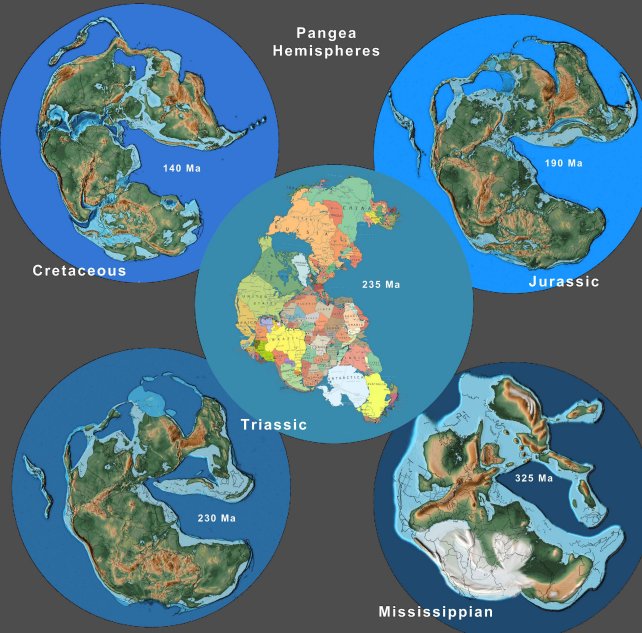 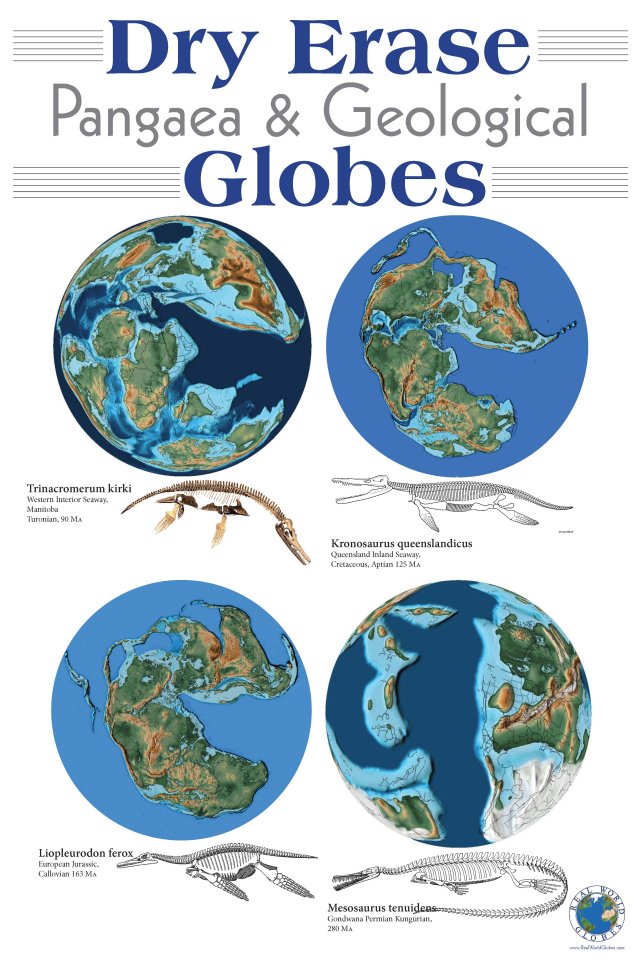 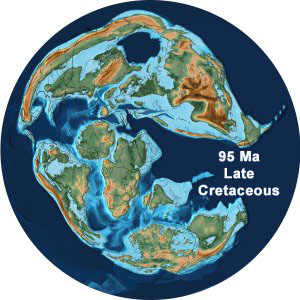 High Water Interior Seaways (90 Ma): New oceans begin to open. During the Cretaceous the South Atlantic Ocean opened. India separated from Madagascar and raced northward on a collision course with Eurasia. Notice that North America was connected to Europe, and that Australia was still joined to Antarctica. 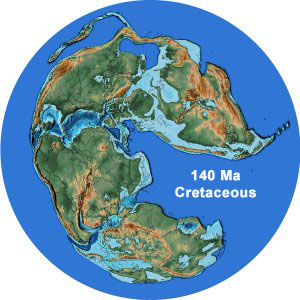 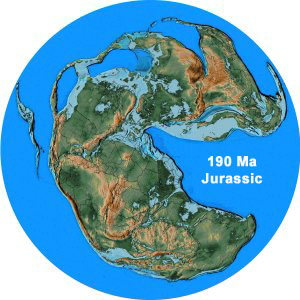 Jurassic (190 Ma): Early Jurassic dinosaurs spread across Pangea. By the Early Jurassic, south-central Asia had assembled. A wide Tethys ocean separated the northern continents from Gondwana. Though Pangea was intact, the first rumblings of continental break up could be heard. 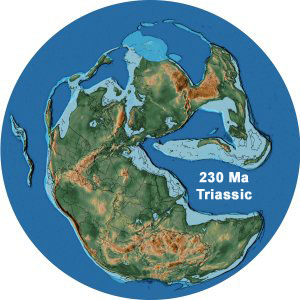 Triassic (230 Ma): At the end of the Triassic Pangea began to rift apart. The supercontinent of Pangea, mostly assembled by the Triassic, allowed land animals to migrate from the South Pole to the North Pole. Life began to rediversify after the great Permo-Triassic extinction and warm-water faunas spread across Tethys. 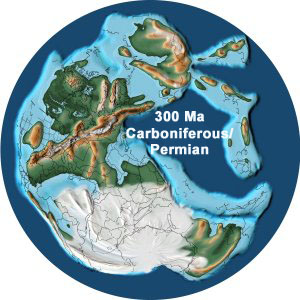 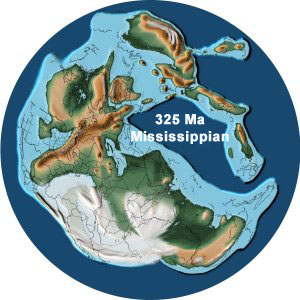 Early Carboniferous (325 Ma): During the Early Carboniferous Pangaea begins to form. The Paleozoic oceans between Euramerica and Gondwana began to close, forming the Appalachian and Variscan mountains. An ice cap grew at the South Pole as four-legged vertebrates evolved in the coal swamps near the Equator. 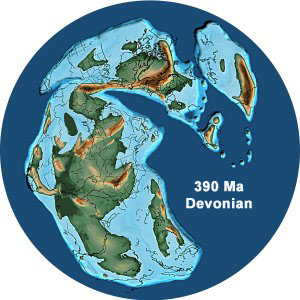 Devonian was the Age of Fish (390 Ma) By the Devonian the early Paleozoic oceans were closing, forming a "pre-Pangea". Terrestial ecossytems had formed in wet marshlands. Freshwater fish were able to migrate from the southern hemisphere continents to North America and Europe. Plants evolved flavonoid compounds to protect from ultraviolet sunrays leading to large increase in plant diversity. Forests grew for the first time in the equatorial regions of Artic Canada. Arachnids developed breathing plates and became fully terrestrial and flightless insects made their appearance. 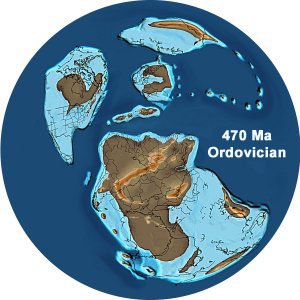 Ordovician (470 Ma) Ancient oceans separate the continents which were mostly south of the equator, more coastlines with shallow seas provided habitat for reefs and diversity of invertebrates, marine life tripled. Trilobites were dominant but began their decline. Increased atmospheric oxygen and increased oceanic nutrient availability created a large increase in phytoplankton diversity and the abundance of plankton-feeding groups. Brachiopods and cephalopod squids and some fishes began to diversify, sponges began building reefs. Atmospheric carbon levels dropped to half what they had been previously allowing moderate temperatures.

Exploring the Ancient World of Pangaea 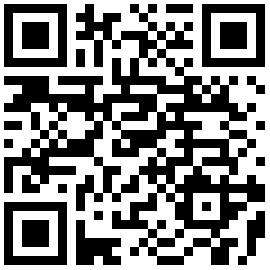