Geoscience classes often involve illustrating spatial relations among surface features on Earth and other planetary bodies. Plate boundaries, crater distributions, volcanism, seismicity, etc. may have distinct patterns when plotted on a map. Of course, the basic problem with all maps is that they are merely 2-dimensional representations of 3-dimensional worlds, and as such necessarily distort the very patterns being illustrated. Dry-erasable globes provide a solution to this problem. Presented here are practical classroom applications of two such globes – one of Venus, showing topographic and geomorphic features, and another showing a simple grid.

The Venus globe is large (30” diameter), and thus visible in an average-sized classroom and, when mounted on its stand, rotates easily. Topography is shown by color variations, and geomorphic features by shading. Magellan radar data were used for both topography and geomorphology. In the classroom, the globe can be used to demonstrate orbital dynamics. Spinning the globe one can then illustrate how a polar orbit is best used for mapping missions (tracing vertical lines on the surface as the globe spins), or how geostationary orbits must be over the equator (contrary to what Star Trek typically portrays). Interactive exercises can include having students identify various features (impact craters, rifts, coronae, etc.) and then describe their distributions.

The gridded globe (and accompanying measuring ring and inserts) can be very useful in introducing spherical coordinates and measurements, and relating two-dimensional representations (i.e., stereonets) to three-dimensional reality, specifically in the case of earthquake focal mechanism plots. The grid allows for easy plotting of points such as seismic recording stations, and the ring allows for easy measurement of azimuth and distance. Using actual earthquake arrival data and plotting first arrivals as compressions or dilatations, then helps the student visual the compression and dilatation quadrants. The measuring ring can be used to draw the appropriate mutually-perpendicular great circles that divide the quadrants. P- and T-axes, and slip vectors can then be derived. Removing the upper portion of the globe reveals the stereonet insert, thus allowing the conversion from 3D to 2D. 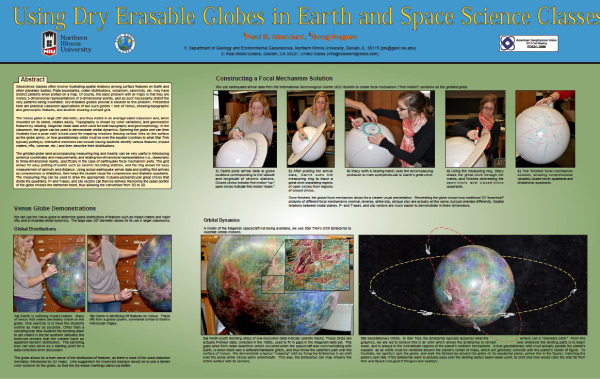 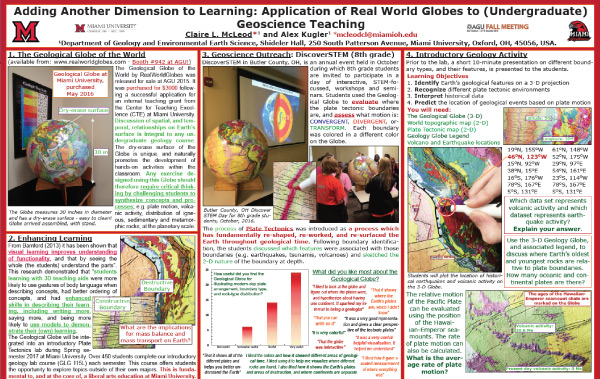 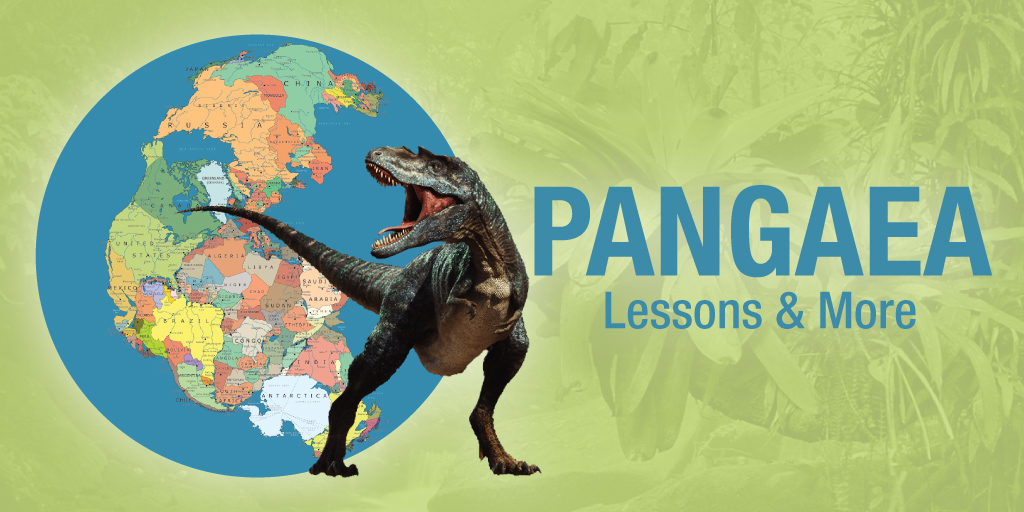